Fish Of The Month, October Happenings, And A Villages First

Posted on November 3, 2020 by tvfreshwaterfishingclub

Fall fishing in Central Florida can sometimes be quite tricky but this past October was an exception. Water and air temps remained steady for the entire month making for some excellent fishing. This 9lb. 24+ in. Lake Griffin giant taken on a very windy October 29th by FFC member Dave Larsen earned the title “Fish Of The Month”

Dave’s method was a soft plastic worm worked along the edge of a grass line. I would guess that as soon as Dave got home he updated his Lake Griffin map. Definitely a spot to re-visit.

There were a number of fish caught in October that deserve “Honorable Mention” On October 26th FFC member Rich Grunwald reported this 8+ lb Oklawaha River beauty. 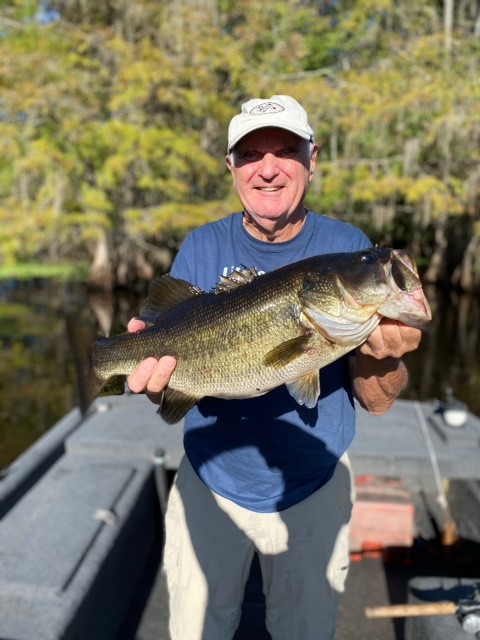 It certainly looks like this former Mid-West fisherman has got a good handle on how to fish our southern waters. Rich finished the day with a total of 18 Bass taken on both live and artificial bait. 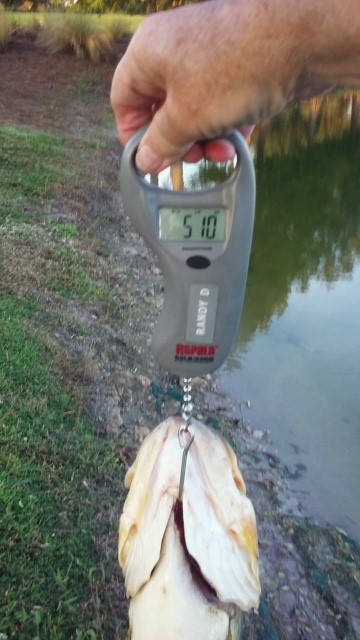 Now we don’t see Randy in the pic but his his name is on the scale. Two days later at the same pond I landed a 5lb 9oz Bass with a crankbait. Same fish? Could be. 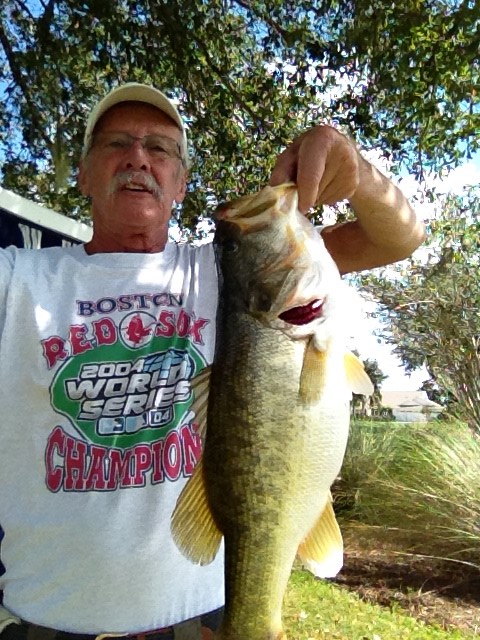 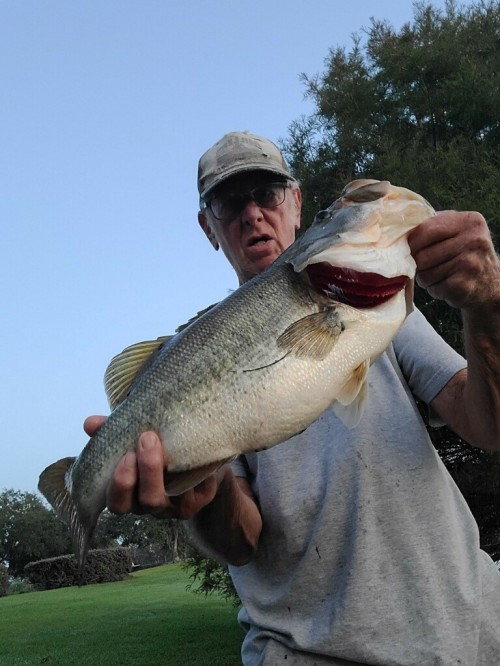 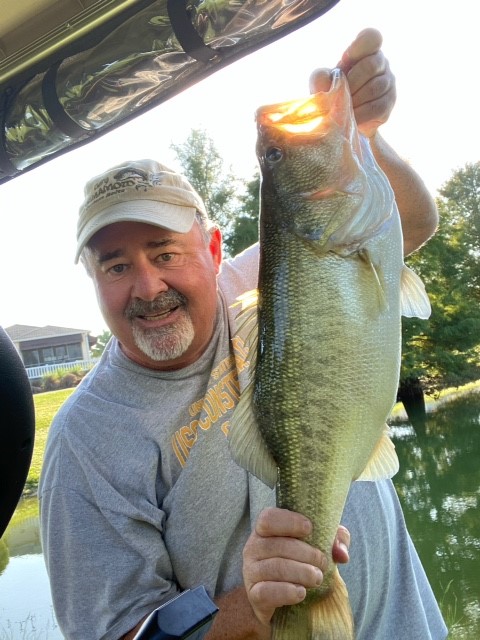 Now here is a Villages first and it comes from Club President Randy DiSanto. On Saturday October 10th Randy claims to have caught the first ever “Rock Bass” 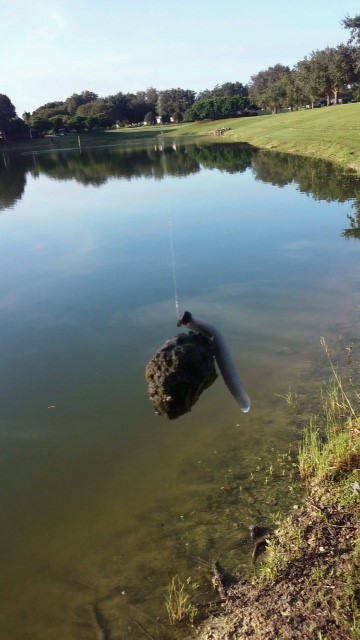 It was taken with a Ned Rig at Chatham Square Pond. Based on the photo it appears to be a juvenile weighing less than a pound.