Posted on October 4, 2020 by tvfreshwaterfishingclub

Although there were several notable catches reported in September, they don’t compare to what we saw in the previous two months. The month started with several reports of 5lb Bass and nothing hitting the 6lb mark. That all changed on September 23rd with a report from FFC member Wayne Barksdale. Wayne and his son Jeff hadn’t fished together in about 5 months and a trip to one of Wayne’s favorite spots in Lakeland, Florida seemed like a good choice. Using basically the same set up, a 5/16oz. Shakey Head tipped with a Magnum Finesse Junebug worm they worked an area approx. 10-12 ft deep. with a gravel or shell bottom. The results would put a smile on any anglers face. 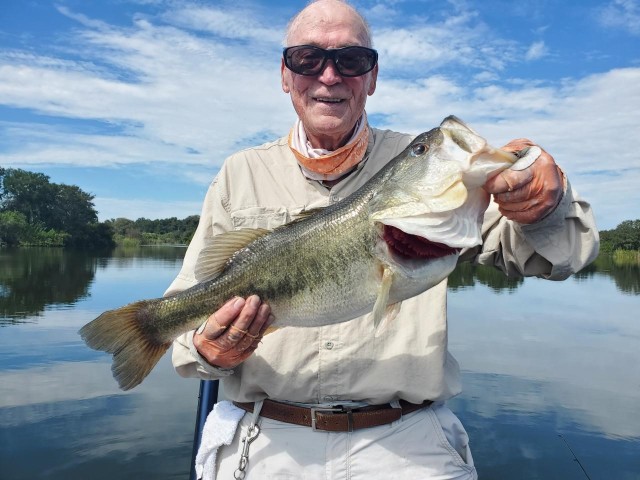 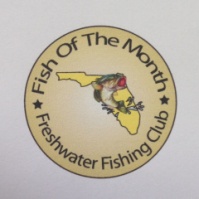 The local ponds are still producing and those who put in the time are rewarded for their efforts. 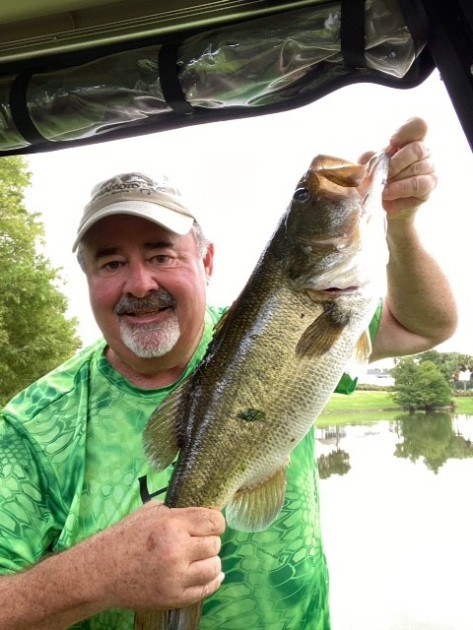 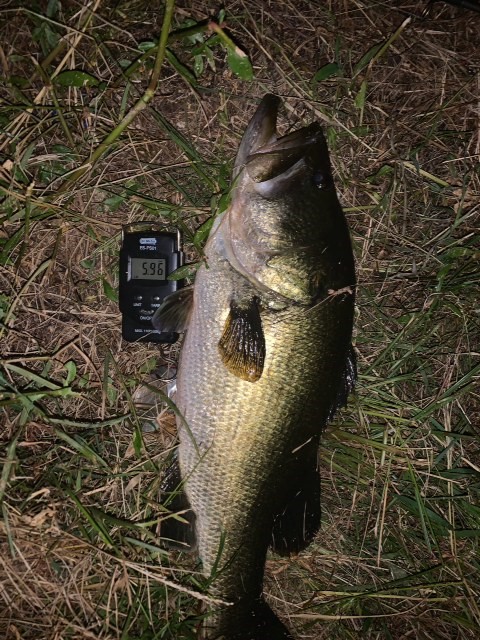 Ted Kasubik managed to land a 5.96lb Villages pond Bass before a Gator moved in and took over his spot. 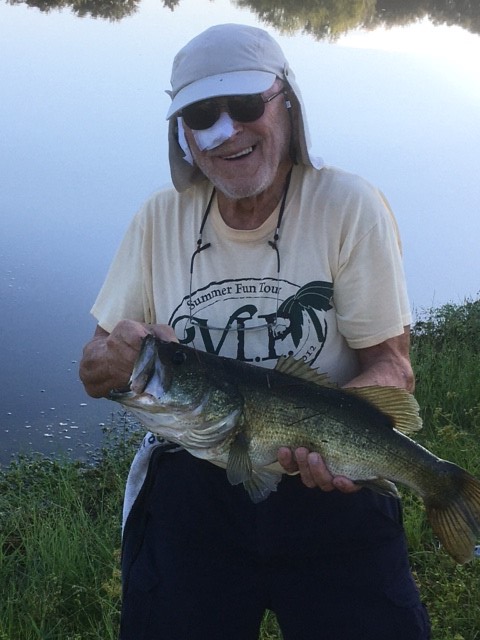 A final “Fish Of The Month” submission came from our Club President Randy DiSanto and it could qualify in about 6 years from now. 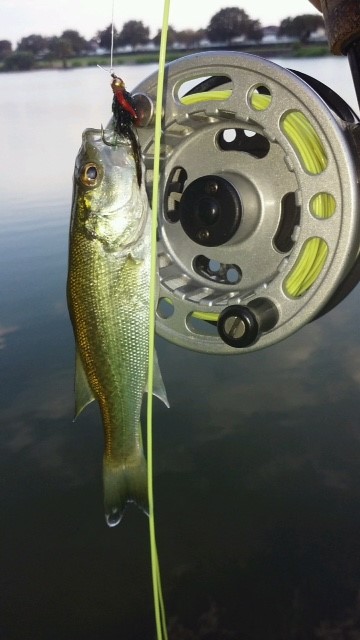 Early Entry For “Fish Of The Month”

I doubt this little guy even moved the scale. Thanks to all who have reported and sent pics. Keep them coming.