Posted on September 2, 2020 by tvfreshwaterfishingclub

Having a catch recognized as “Fish Of The Month” is nothing new for FFC member Frank Martines and his photos have inspired us all. Frank has a neat way of taking pics by placing his phone on his golf cart, setting the timer, and lining up the perfect shot. Well it appears that Frank wandered a little too far from his golf cart this time and the lucky angler does not appear in his pic. So what are we looking at?

Frank’s Villages pond Bass was taken on a Chatterbait and tipped the scale at 7lbs. 14oz. We miss you Frank but it’s O.K., It’s “Fish Of The Month’ not “Fisherman Of The Month” 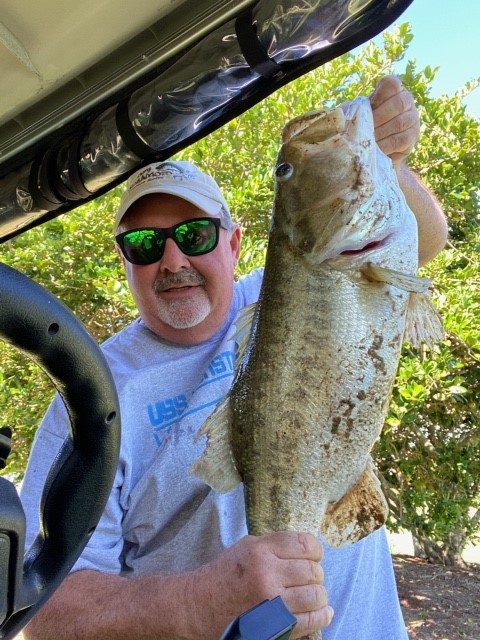 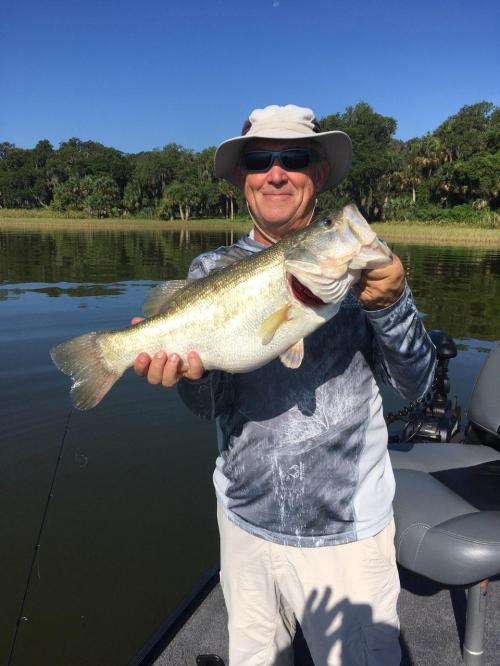 Gene also reported some great Bluegill fishing.
Thanks to all who have reported and sent in pics. Keep them coming.
To stay informed about what others are doing, click on the “Fishing Forums” tab at the top of this page and follow the directions.
Rob Husson