November Happenings / Fish Of The Month / And One Unusual Sighting

Temperatures are finally going down and the fishing is starting to heat up. Along with another very successful “Pro-Challenge”

November was a very busy month. As always the monthly club trip is a highlight and the November trip to Lake Panasoffkee did not disappoint. FFC member Tom Spade sent in some great pics and the smiles say it all. 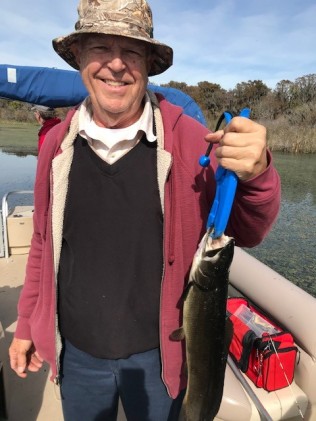 Now my guess is that Bowfin was not the targeted species but it ended up the majority of what was caught. Anyone interested in attending one of the regular monthly trips can sign up at any monthly meeting. Information can also be found on this site by clicking on the Meetings And Events tab at the top of this page.
Another great November event was the B.A.S.S. High School Bass Tournament held on The Harris Chain Of Lakes. FFC Program Chair Bob Knorr sent in this report. “Spent some time Saturday and Sunday at Ski Beach in Leesburg , Fl. Watching High School Bass fishing teams from Florida weigh in their catches. 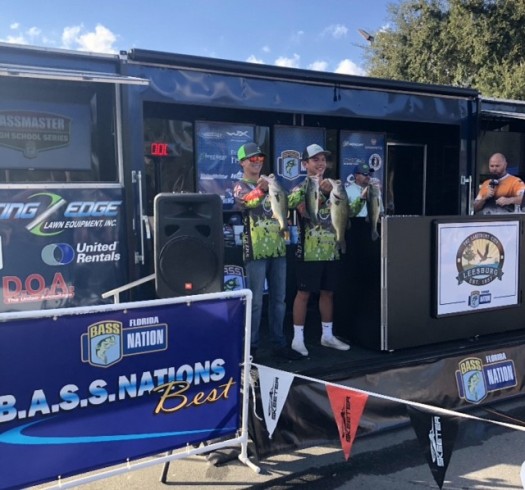 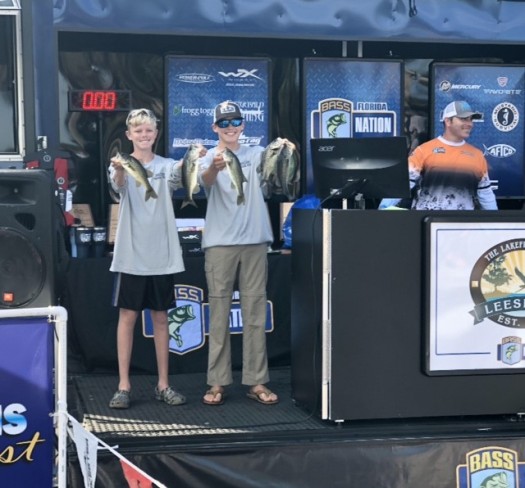 Have seen the College Series but never HS. Weigh in is just like the Pro Bass Tournaments, 151 teams of two anglers in a boat, the boat is run by a parent or volunteer. These kids are great and had a ball fishing our lakes. They actually pay out money , called scholarship money. If you ever get the chance to watch one of these weigh ins, give it a try, these kids will be our future Pro Bass Anglers in a few years”
As always there is one outstanding catch that merits the title “Fish Of The Month” but this one comes with quite a story. Let’s just call it a story of “Old School” vs “New School” At the beginning of last months meeting, FFC member Tom Yazel was proudly showing off pics of his big catch that he had in his phone.

Knowing that it could possibly be the Fish Of The Month I asked Tom to send them to me. Judging by the look on Tom’s face it was like I had started talking another language. The “Old School” method of fishing a soft plastic worm and catching a big fish suddenly clashed with the “New School” method of sharing the pics. After several failed attempts we were finally able to make the transfer. This 7lb. 8oz. beast was taken on November 2nd at Miona Rec Center Pond. If only our smart devices came with directions!  Great catch Tom!

Now here’s something you don’t see every day. FFC member Wayne Barksdale probably spends more time on Lake Griffin than most and has most likely seen it all but this even surprised him.

Yes folks that’s a Manatee coming over to check out Wayne’s boat. I guess this guy/gal has been seen several times and is quite healthy according to FWC.
Thanks to all who have reported and sent in pics. Keep them coming
Rob Husson