The “Dog Days Of Summer” are coming to an end and as temperatures go down the fishing heats up. FFC member Steve Felix has reported several early fall results including this 21lb. 3oz. Longnose Gar, 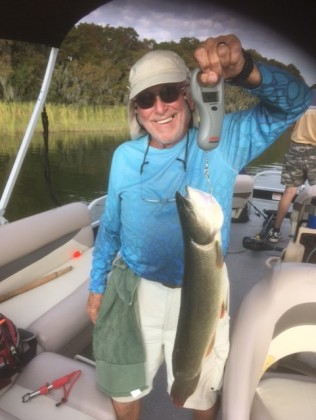 The guided trips started in April of 2018 and this was the first Crappie caught.