For most of us, this past August wasn’t high on our list of favorite months to fish. Although there were a handful of decent size fish caught it was mostly just casting practice for the rest of us. Now when I say “most of us” I mean everyone but FFC member Wayne Barksdale. Call it luck or call it experience, whatever it is, Wayne can always find ’em. On August 29th, Wayne was headed to Lake Yale but a roadblock and traffic jamb put a quick end to that idea. Next stop was Lake Griffin and it turned out to be the right choice. In just three short hours Wayne landed a total of ten Bass with the biggest weighing in at a whopping 8lbs. 9 ozs.

In just five feet of water with lots of grass this giant fell for a speed worm. I’m sure we will be getting a Lake Yale report from Wayne soon. 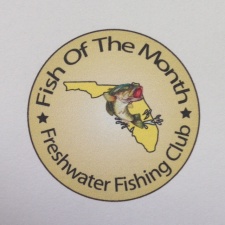