Posted on March 19, 2019 by tvfreshwaterfishingclub 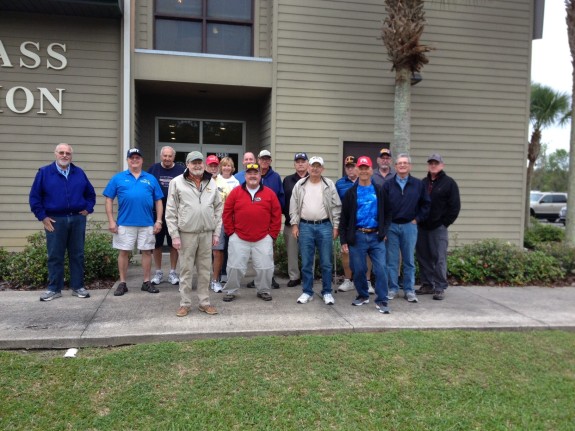 After a power point presentation describing the operation of the center, FFC members were given a tour of the many raceways on the production floor that contain fingerlings to adult breeders.

For those interested, a behind the scenes tour of the water pumping and filtering system used at the center was offered. If you missed this years trip, the center is open to the public year round.

R&R March Clinic
This months clinic was held at Poinciana pond. Those who braved the chilly morning temps were instructed on how to rig and fish a “Wacky Rig”

If you want to know if this method works, Just ask FFC member Tom Helmold.

This nice 3lb Bass was the catch of the day. Members who would like to attend one of our clinics can sign up at our regular monthly meetings.

Greetings From Tennessee
FFC Program Chairman Bob Knorr made the trip north to attend the Bassmaster Classic in Knoxville Tennessee. In conjunction with the event was the Bassmaster Classic Outdoor Expo. This three day event was presented by Dick’s Sporting Goods and covers 220,00 square feet in two venues. Guests have the opportunity to see the newest products from all of the major manufacturers. A few familiar faces were spotted and Bob took advantage of some good photo ops.

The guest speaker at our February club meeting, Trevor Fitzgerald was there to introduce his new line of Brian Thrift Signature Series rods. Also spotted was our January guest speaker Terry Scroggins. 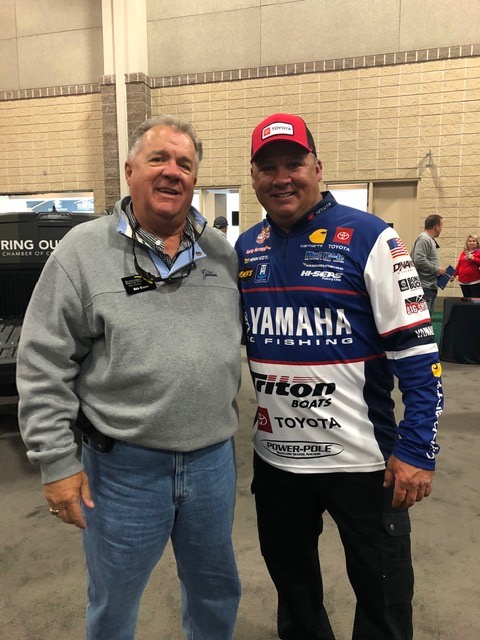 Thanks Bob for sharing the info. and pics.

NOTICE: We apologize, due to venue constraints we are not accepting new members and guests at this time. Monthly meetings will be open to current FFC members only. We do encourage residents who are interested in joining our club to get on our waiting list. Just send your name and phone number to fwfmemberwaitinglist@gmail.com When space becomes available we will contact you in order received.