Posted on September 4, 2018 by tvfreshwaterfishingclub

When it was announced that all species of freshwater fish caught in Florida will be considered for “Fish Of The Month”, FFC member Bill Shelton took that as a challenge.
Last November Bill recorded a 7lb. 11oz. Largemouth Bass. In December it was a 10lb. 6oz. Catfish, and in March it was a 11lb. 1oz. Gar. Do we see a pattern here? On August 20th Bill added one more to the list with this 7lb. 10oz. Lake Eustis Bowfin. What’s next? Tilapia, Crappie? Time will tell. Great catch Bill. 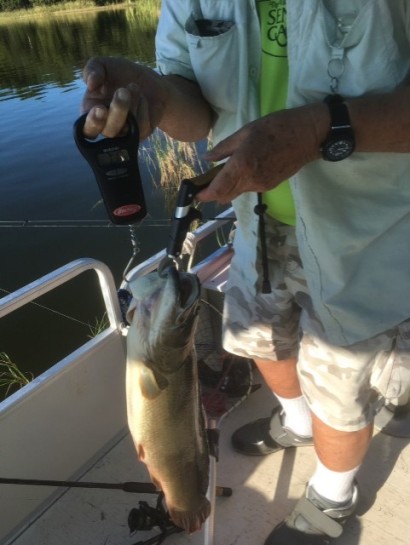 Thanks to all who have sent in pics. Keep them coming.