Posted on June 18, 2018 by tvfreshwaterfishingclub

The annual Camp Villages Fishing Derby has always been a favorite and this years event sold out quickly.
On Tuesday June 12th we had 40 future anglers and their grandparents gather on the banks of Lake Mira Mar to learn the basic skills of fishing.
Participants were separated into groups and guided to six different stations which included a biologist, knot tying, a fishing boat, and practice casting. 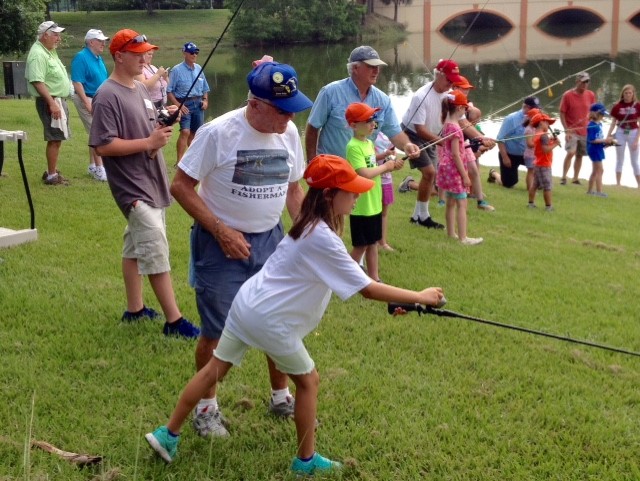 At the last station, participants got the chance to try out what they had learned by casting a line in the stocked pond. As soon as the lines hit the water it was nonstop action for the next hour and a half. Nearly everyone caught a fish.

Waiting For The Bite

The day finished off with lunch that was prepared by The Villages staff and each participant was given a new rod and reel combo to take home. Special thanks to all of the Freshwater Fishing Club members who volunteered their time to make this years derby a great success. Thanks also to club President Randy DiSanto and FFC member and webmaster Jerry Lester for some great pics.