November can be a very unpredictable month and this year was no exception.

FFC member Bill Shelton started his month with a bang by landing his biggest pond Bass yet. On the scale, 7lbs. 11oz. A soft plastic Texas rigged worm did the trick. Now I know that Bill likes to experiment with different baits and I suspect that maybe some type of attractant could have been used. Some of Bill’s homemade salsa may have accidently spilled onto that worm.

So where’s the pic? Bill’s cell phone was home on the charger. Forgot to plug it in the night before. We’ll just call it a “senior moment”

At mid month, “Team Strautman” reported another staggering 25 fish one day Lake Harris catch! Marnni landed the two biggest Bass and both fish had the exact same weight. On the scale, 6.37lbs. Now that’s definately one for the record books. Plenty of zeros in those odds. Congrats. 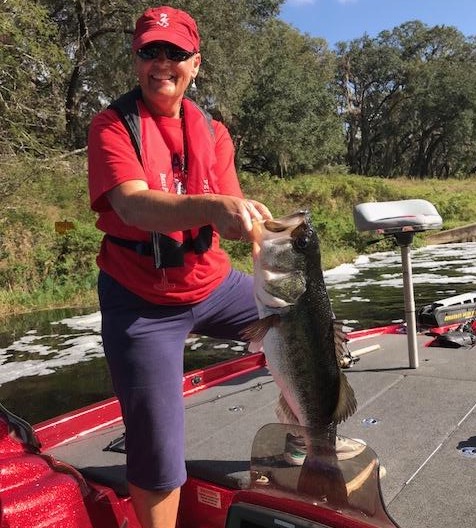 Marni Strautman with one of the many Bass like those the Strautmans have been catching in Lake Harris.

The month ended on a high note for FFC member Larold Lodholz who landed another Villages pond beauty. Weight was estimated by measurements and definitely in the 8-9 lb. range. Time to invest in a scale and sign up for “Trophy Catch”. It could happen again. Some nice fish in the local ponds. 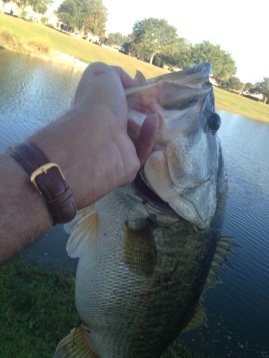 Larold Lodholz with “some of” his Village Pond fish.