Posted on May 7, 2017 by tvfreshwaterfishingclub

We’ve all heard it before….Shoulda been here yesterday….last week they were hitting like crazy….back home I’d catch them on….Yeah, well the first 2 I can handle but when the “Back Home” comes out I’m thinking Dude, I really don’t care what you caught them on “Back Home”….we’re fishing where people don’t carry a spatula (Ice Scraper) in their cars. At least most of us. 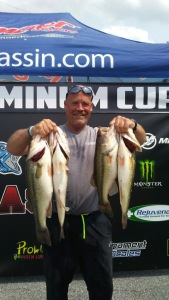 Here’s Danny Barksdale, from the infamous Barksdale clan. He proudly shows off 4 bass of his day 2 catch from Ky Lake that put him in 5th spot in USA Bassin & collect $1300 for bringing in a 2 day total of 41.7 lbs. This was a team event and Danny fished alone. His unable to attend partner was his brother. 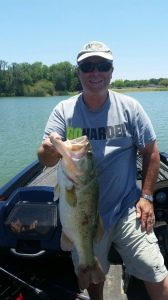 Jeff Barksdale at the Winter Haven Chain
Caught on jig

Here’s Jeff Barksdale with a nice 7.11 jig fish he caught with dad Wayne while fishing near Lakeland, Fl on 5/7/17. You may ask yourself how do these guys do this? Maybe dads teachings had something to do with it. Maybe!?!?

You’ve seen posts in the past about the Barksdale Clan….or have you? If not look below as Wayne Barksdale shows off another one of his Trophy Catch qualifiers. Wayne said this bass ate a 10.5″ worm. Hmmm….it seems FFC member Bill Gorman was also catching big bass on 10.5″ worms. 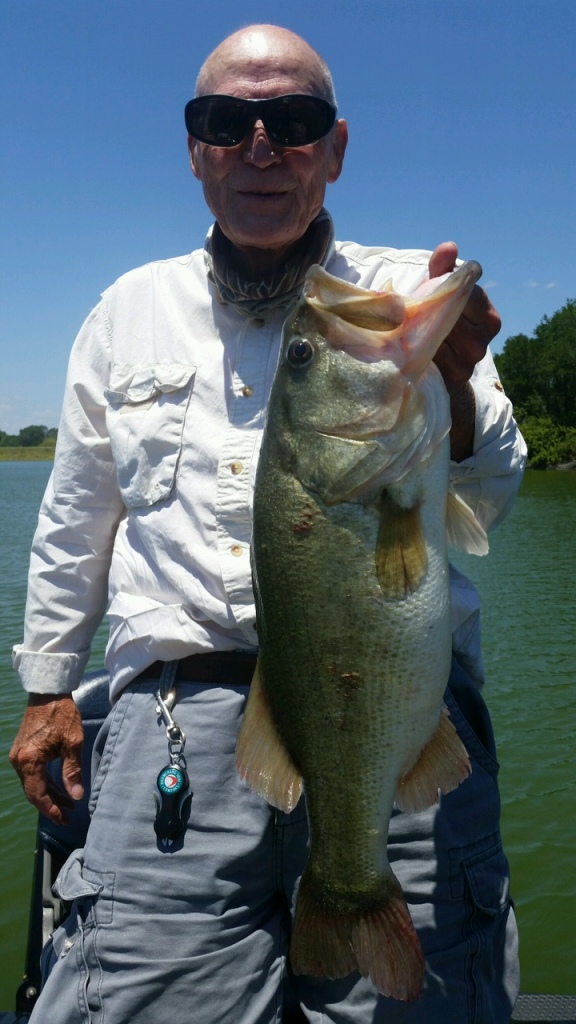 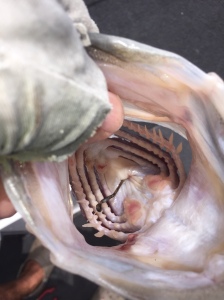 Although I’ve caught fish before that showed signs of previously being caught, there’s no doubt about this bass. It weighed 2.4 & ate a Lipless Crankbait – 1 Knocker. Look down its throat. Click on any picture to enlarge.

Closer to home are some recent catches caught on lipless baits while fishing Lake Griffin. Below is a 2.6 & 6.1 caught May 1st & the hatless pic fish weighed 5.5 caught on May 6. Earlier this year the pro’s mentioned that Griffin has really come alive & in years to come will be excellent.

And what about FFC member Rick Clark holding not 1 but 2 Trophy Catch qualifiers. Although  these were caught a few months ago, they’re still worth showing. I have no idea what Clark caught them on. Maybe he’ll provide some insight at the meeting. Nice fish Rick.

Dennis Renfro, Fisheries Mgr for FWC, will be at the next FFC meeting to discuss the progress made on the Emeralda Marsh. Lets hope when it opens we’ll be able to access the area. Lake Griffin was lowered to make repairs at the lock. So throw the drought into the equation. Although catching has been good recently, it’s no good if we can’t launch a boat. Hello Lake Yale. I’ve received numerous complaints about the area. Anyone have pictures?