But You Promised sorta – FOTM 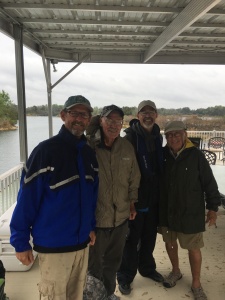 (L-R) Anglers Kelly Nelson, Wayne Barksdale, Rip Strautman, & our own FFC trip organizer Steve Felix at The Promise Ranch on Feb 22, 2017. During the dry season when it rarely rains well guess what….it rained & the wind blew also. After talking to Wayne Barksdale, that attended the outing, The Promise Ranch did produce 28-30 fish in the 2-4 lb category but nobody stuck a giant….and this place is known for giant fish. But like everywhere else, just because they’re known for them, doesn’t mean you catch them. Here’s a few pics of the guys with their fish. Because of the overwhelming interest involving this trip, FFC President Randy Disanto says we may raffle this again….as in very soon….next meeting?? 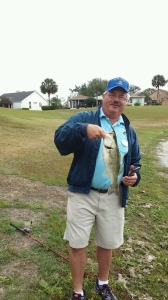 Here’s FFC member Ron Achtenberg with R&R mentoring group holding a bass he caught on a plastic worm. There were 4 caught that morning & Ron’s 2.2 lb was the largest for that day. 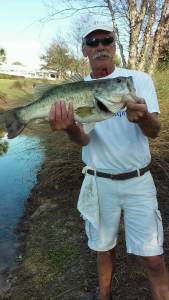 Hate to show that you were outdone Ron but it seems your mentor, Rob Husson, may have been holding out on you. Check this pond ginormous bass out. Yes Virginia there are fish this large & larger in The Villages. 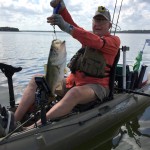 FFC C0-Webmaster/Videographer Jerry Lester along with kayak friend Bruce Gover were fishing Lake Griffin yesterday and tied into some decent fish for a change while throwing lipless crankbaits. Jerry said at first he’d sworn the fish was over 8 pounds. It used to be he was disappointed when not catching any behind me BUT he enjoyed being out videoing nature at its best….then it was a personal goal to catch at least 5 keepers….now if he catches a big bass MAY IT WEIGH 8 LBS +….ok this was close but scales won’t lie. Feast your eyes on this 7.1 pounder. Congrats Jerry for your best fish of 2017….so far. 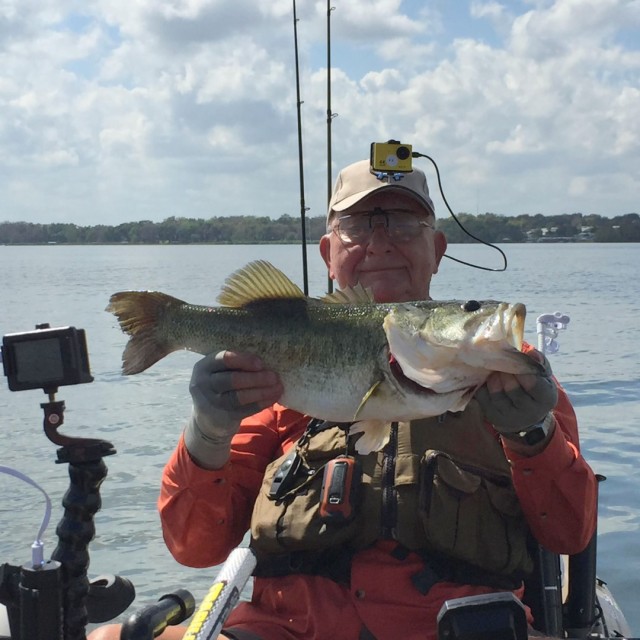 Results of recent 2 day Oakley Big Bass Tour on the Harris Chain of Lakes listed 11 bass over 8 pounds in range from 8.05 to 10.11. On Friday evening February 17th there were over 675 entries….and more were expected in the morning prior to the tournament. Our next Harris Chain of Lakes professional tournament is Mar 9-12 with the Fishing League Worldwide FLW Tour. Weigh-in is at Venetian Gardens.

Fish Hatchery Trip – LEAVE from the parking lot in front of Colony Rec Center at 0800 on March 10. If you’ve never been it’s definitely worth your while.