These Are Challenging Times

Posted on November 12, 2016 by tvfreshwaterfishingclub

Early last summer I received a call from friend Rick Cope saying that he was going to schedule a bass tournament in the fall & have proceeds go to Toys 4 Tots. Knowing that this was no easy undertaking, Rick pressed on & scheduled the Bass Club Challege on Lake Harris for Oct 29, 2016. South Lake County Bass Anglers & Lake County Bass Trackers competed against each other as a whole weighing in only the best 5 bass. South Lake Bass Anglers won with a weight of 15.4 lbs….South Lake also had Big Bass that weighed 4.9 lbs….Lake County Bass Trackers came in with 5 weighing 12.9 lbs. Cope’s efforts raised $1667 & presented a check for that exact amount to Marine Corp Detachment 1267 representative Jack Maize. Cope said this will be an annual event & thanked businesses throughout the area that helped make this a success. Photos can be seen on Bass Club Challenge Facebook page.

Tom Sarver won a club tournament at Floral City that I fish monthly. It only took 2 fish, yeah I said the same thing, but Sarver’s 2 fish weighed 8.81 lbs with one going 5.08 lbs also qualifying Sarver to not only come in first but also won the Big Bass pot. Keep in mind this isn’t gov form 1099 money but more for bragging rights. The worse part for me was watching Tom, that was 150′ away, swing his big bass in the boat. He was patiently pitchin in lily pads to every hole he could find. It paid off. Good job Tom. Did I mention I blanked? Only 5 of 13 anglers weighed in fish. 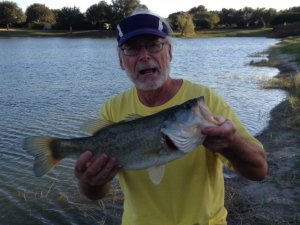 Back within the bubble….FFC President Randy Disanto shows a nice bass he caught on Nov 6, 2016 while fishing a Summerhill Pond in The Villages. Both Prez Randy & VP Rob Husson have been catching some decent sized bass along with tilapia. They’d caught 5 bass recently that weighed over 17 lbs total. Do the math….that’s shoreline pond fishing in The Villages. They’re here in MUCH larger. 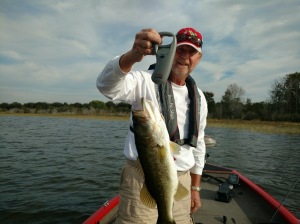 Ed Leonard holds a bass he caught from Lake Miona. Ed’s fish weighed 2.77 lbs or 2 lb 12 oz. Soon these fish will start packing on the pounds. All we have to do is figure out how to catch them . 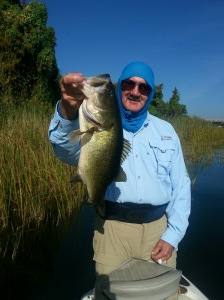 FFC member Don Millich holds a 4.10 he caught on Veterans Day from Lake Harris while fishing with friend John Hendry. Guess it’s top secret on baits & location!?!?! Millich & I had fished together 3 days earlier at Floral City and blanked. Glad to see you got redemption. Also evidently your guide was much better than I 🙂 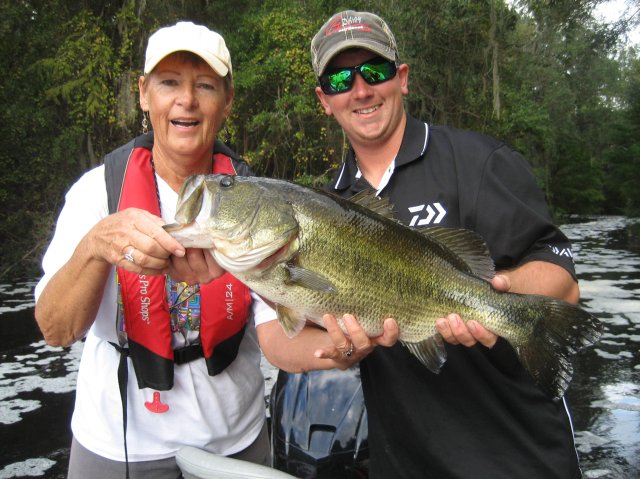 On Nov 7, 2016 local guide Captain Grady Maynard took the Strautmans, a husband & wife team from The Villages, out bass fishing. They were using live shiners & had a very successful morning catching 2 under 2 lbs….3 between 4-5 lbs….& one Trophy Catch that weighed 8.78 pounds. That qualified for a Trophy Catch recognition & without a doubt is a fish of a lifetime. Congratulations! Captain Grady Maynard can be reached (352) 536-0855…..

Come on Grady….answer your damn phone….I’m not asking for political donations….HELLO HELLO        CAN YOU HEAR ME NOW?