Here’s dad teaching his step-son, Waylon Padget, on how to cast a spinning rod at Herlong Park in Leesburg.  The lad is all of 4 & has been featured on here before. I ran into them at Griffin recently. A future “KVD”! 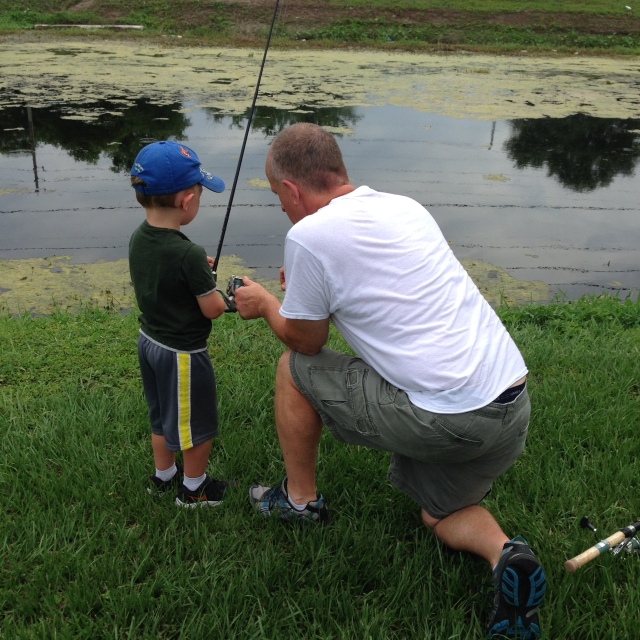 As the years progress lets hope the tables turn, as shown below, where the son takes “ol” dad out & shows him “Like Son – Like Father”…. Here’s son Jeff putting it on his dad Villager Wayne Barksdale….Pictured are 2 of 4 bass that they caught….not shown is a 5 & 6 lber. Wayne said they caught their bass on jigs & worms. Awesome catches….these guys have success on a regular basis. Wayne’s best is over 14 lbs from Orange Lake in 2011….yeah BEFORE it drained. Can I hear “oh SON?!?!”

Jeff Barksdale 8 lber Puts It On Dad Wayne At Teneroc 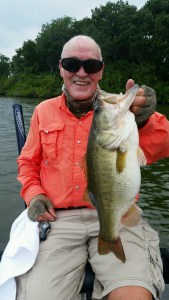 While out casting my arm outa socket recently, I managed to crank in a pair of bass on 1 cast. I’ve done this on smallmouth & spotted bass but can’t recall ever doing this with largemouth. I was using a lipless crankbait. The larger bass only weighed 1.54 but still fun nonetheless.

Double Hook Up On Lipless

And people ask me “How do you like the fishing in Florida?” I received this picture from friend & Gallatin County KY Bass Club member, Kevin Smith, yesterday. All winter I’ve been rubbing it in with Kevin….after sending Kevin numerous pics, he decided to pay me back with a pic of his Ohio River “” er – uh – you be the judge….he caught yesterday. That’s okay Kevin, I remember oh to well the times I wiggled tails to try to reach the 12″ mark & weigh a whopping 7 oz…. 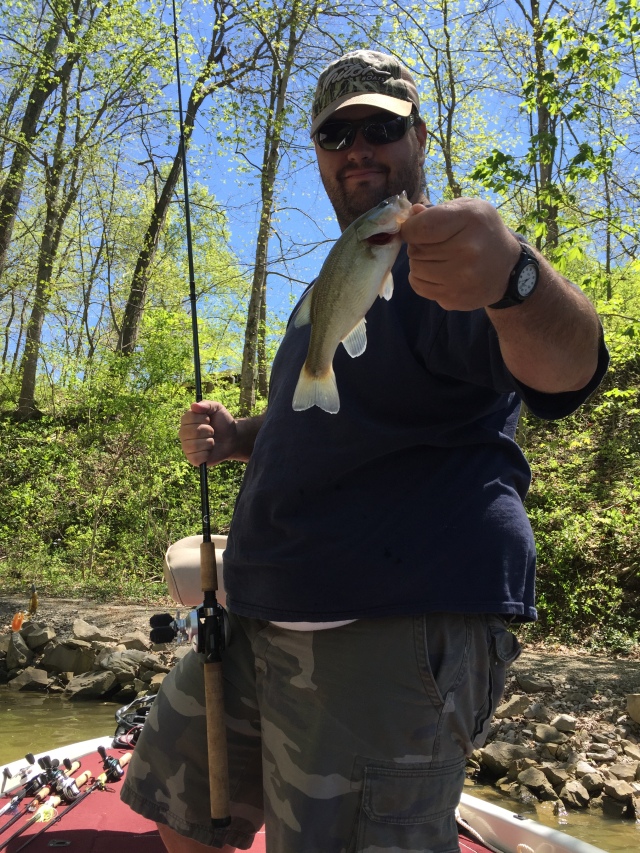 But I do miss spring time in the bluegrass & my bass club buddies & yes even the sounds of “SON” when you boat a 2 lb fish. It’s all relative Watson.

C Ya On The Water