Posted on February 23, 2015 by tvfreshwaterfishingclub

Notice the headlines made no mention of the weather…. Greenville, SC hosted the Bassmaster Classic on Lake Hartwell & records were broken for the coldest temps ever recorded for a Bassmaster Classic tournament. On Friday morning over 20 boats were frozen to their trailers due to the over night low dropping to 10 degrees…. tournament director Trip Weldon already had a 2 hr delay implemented foreseeing safety issues.

After 2 days of competition, among 56 anglers, it boiled down to the top 25 going into day 3. Hometown favorite was Casey Ashley & the results couldn’t have been scripted any better. Ashley won the tournament beating out “Big Fish” Bobby Lane by 3.2 lbs with a 3 day winning weight of 50.1 lbs.

Watch the Bassmaster Classic on ESPN2 March 7 & March 8 for a full report. B.A.S.S. had live coverage for us web watchers with cameras in the boats….THIS WAS A FIRST and they pulled it off. WTG B.A.S.S.

Southern Bass Trail winners were (L-R) Gene & Chris Harris with 17.04 lbs….coming in 2nd was Lou Gibbs with 12.80 & his partner Gary was MIA…. Chris Harris also had big bass weighing 4.85….Chris allowed me to photograph his “winning lure” & said, “the rust on the blade didn’t make any difference”…. I’ll bet it’s tied on next tournament too 🙂 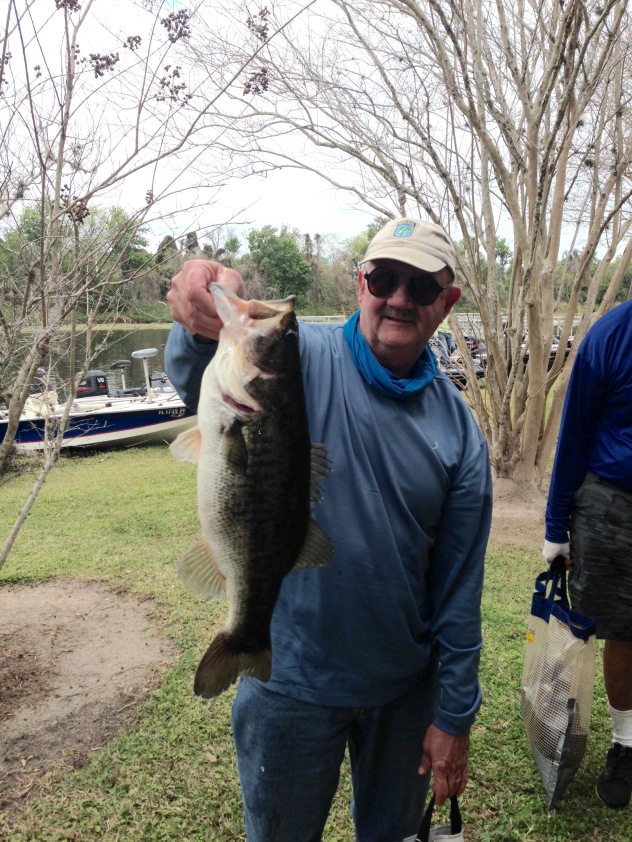 See ya on the water….